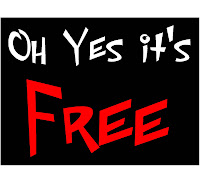 (Pocketville NY- March 8, 2012) - It was announced today on twitter that the New York Racing Association handles have been trending higher. February saw an over 7% increase in average daily betting at NYRA's current track: Aqueduct. This has occurred with no apparent increase in field size or racing quality.

Many in the industry are pointing to the weather, baseball not starting up,  Rick Santorum, and the results of the Russian elections for much of the increase. As well, track handicapper Sandy Merling says people are betting more because "I rock".

However, NYRA's CEO has an easy answer.

"What we're doing this year is giving vouchers out to our patrons. These vouchers are used to bet for free. It's what casino's do with free play on slot machines. Last year we did not have that program. " added Chuck.

"About 1% of every dollar paid out each day is now given back to customers through this mystery voucher, so they're betting it into the pools", he continued.

The program that Mr. Maynard is speaking about was called the "Mystery Voucher Act" and it was passed in late December, mandating that NYRA increase payouts to their customers and fans.

"I love the new program. Who doesn't like free money to bet with?" said an unnamed patron wearing an "Easy Goer Was Better Than Sunday Silence" t-shirt.

"I'm winning more and enjoying racing more because of it. I love New York. And I love Easy Goer" he added.

In general terms, if this gentleman cashes $500 of winning tickets, he gets a voucher for $5, so he should be pleased. But it apparently works even better than that. He might win one or two bets with that increased payout, so that $5 increase in handle from the mystery voucher turns into more.

"$5 back to him would translate to about $25 of new handle, through something called "churn"", says University of Southern California economist Carolyn U. Bett.

"There are many more people than just that one player getting mystery vouchers. This program, with, for example, $5 million of daily handles, could be adding over a quarter million to the daily betting numbers alone", she concluded.

She then started to do differential calculus on her pocket chalkboard and I stopped listening.

Regardless, it seems like the mystery voucher program is an amazing success, and we wish all our friends at NYRA well with this new program.


Epilogue: Of course that's tongue in cheek, but I hope you enjoyed it. That's what the takeout decrease did at NYRA this year: Put about 1% more money in your pocket, just like a mystery voucher program does at a store, casino or racetrack. When people get a bit more cash through an increased payout they don't stick it in a sock, they bet more. Takeout reductions are not really that hard to understand. They add to handle, that is a mathematical certainty. How much? That's for others smarter than I to decipher.


at March 08, 2012
Email ThisBlogThis!Share to TwitterShare to FacebookShare to Pinterest

You couldn`t wait another 3 weeks, could you....

only problem is i still have not yet got my refund into my nyra rewards account from NYRA so i have not increased my betting. So, the fool is you, or guess me.

The post referred to the increased payouts from the takeout reduction that started Jan 1.

When you get your refund (I hope you do) you and others will no doubt help handles even more.

Your fiction is inspiring. Perhaps a collection of short stories: The Beagle Diaries?