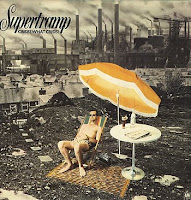 Wagering on all North American racing fell below $14 billion in 2008, a loss of over 1 billion of handle.

In inflation adjusted terms, our handle fell below $10 billion. We bet about $2B more in 1996, before internet betting was even invented.

In contrast, all is not overly peachy in Australia, but they bet about $8B last year in their dollars. Their GDP is about $775 billion. Canada's GDP is $1.3 trillion and the US about ten times that at 13 trillion. When will we wake up and put some policies in place to grow handles? Is anyone out there in power beginning to believe we have a serious wagering problem yet?

Hat tip to the commenter at the Paulick Report who referenced Supertramp's "Crisis, What Crisis" album. Pass the Moonshine, sister.
at January 06, 2009
Email ThisBlogThis!Share to TwitterShare to FacebookShare to Pinterest

It's not a blog until someone references Supertramp :)