Direct Line from Judges to the Public 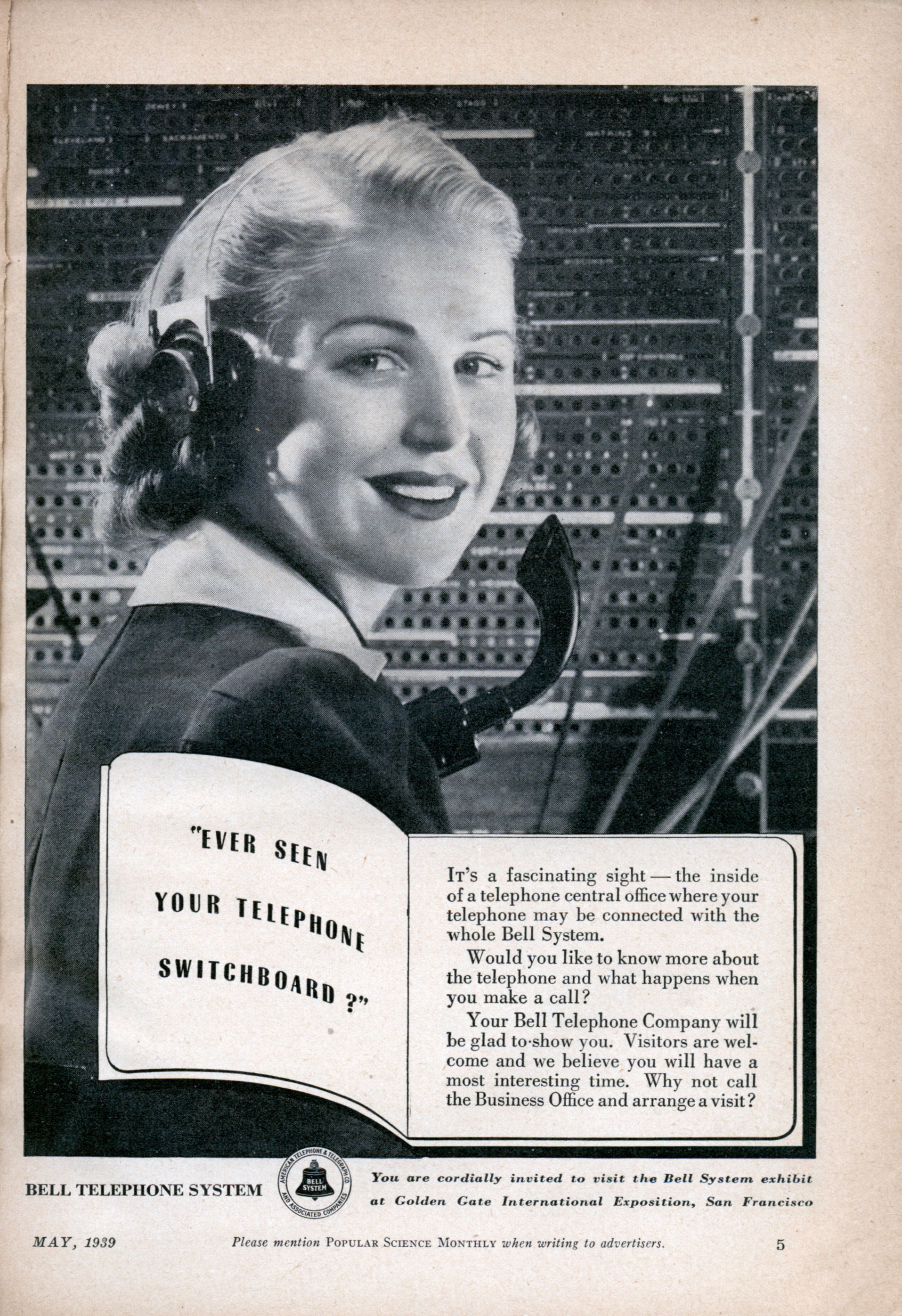 I am not the first to note, nor will I be the last, the difference between us and the rest of the world when we look at judges inquiries. In Australia recently, the driver of top 4 year old Auckland Reactor drove him in a way that made the public say, what? The judges are on this, and they will be reporting back. When you drive a favourite without purpose, it is looked into.

In Hong Kong this is taken to another extreme - the rulings and or questions on rides are placed in the newspaper. On their website they have full, almost real time, judges decisions. Watching the racing in the thoroughbreds in Australia I was flabbergasted to see a (real time) judge and jockey meeting on the feed for a suspect ride, where the public sees that the judges are responding to their hard-earned dollars at laser-speed.

In North America? Nah, not so much.

Friday night at the Meadowlands, 2.6 million dollar winner Darlins Delight was making her second start of the year in the Overbid. In her first start, from the eight hole she closed in a whopping 54 flat to come second. Handicappers easily factored in the bad post, and the lack of effort, because it was her first start of the year. Regardless, if she had better flow, driver Gingras put her in position to win. On Friday of this week, making her second start, one would think it was 'go' time.

Sitting in fourth as the even money chalk, the opportunity came to pull, to give the horse a shot, and give the fans their money's worth. Yannick Gingras chose to sit and get boxed. She was bottled up, boxed in, and did not extricate herself. When she did she flew home in 26 flat, coming fifth.

When the race was over all we saw was dead air. No comments from anyone. Just silence, while in simulcasting centres around North America, at the track, and in bedrooms and living rooms people were all saying "what the hell was that?" Racing had no answer.

The next evening, like clockwork, Brian Sears sat in a similar position with a heavy chalk in a 50 claimer. The week before he quarter poled from third, brushed to the lead and won in 149.4. This week, in virtually the same position he sat (yes, I know he was up in class), got boxed and came flying late to come fourth in 151.4 - a full two seconds slower than his last race. Again, dead air.

I in no way think, or imply there was funny stuff going on in these races, and I am the first to admit that horseplayers will complain about drives and rides when it is not warranted. However, in these instances the public demands quick and noticeable respect. There needs to be an interviewer in the paddock after these races asking questions that the public is asking. They can not ask themselves, so they need someone in their corner doing it for them. It is not too much to ask a response on something as simple as a favourite not being driven like one.

If the drivers are put off by these questions, well my response is simple - tell them to go drive somewhere else. Bring in drivers who will answer the public, and who respect the people who pay their salaries by explaining themselves.

Media training is no doubt needed so they can answer these questions better (everyone is not John Campbell), and educate the public, but that should not be overly difficult.

This goes on today with drivers who know where their bread is buttered already, so to say this is undoable or unworkable is nonsense. On the Score last year driver Luc Ouellette was driving a horse from the ten post. The plan was to give him an easier one from off the pace and look for some flow, as the previous couple weeks saw him on the front. He won the race, but he did not go right to the back, he left a little and got cover. He said in his interview after the race (paraphrasing) that he went by the odds board and saw the horse was 3-2, so he realized that he had to give the public a run and get the horse in early position. He showed bettors respect and drove the horse with them in mind.

We often ask, what can harness racing do to stand-out, to be a purple cow. Well this is one way we can - give the bettors a brand new way of looking at our sport by being honest with them. Drivers at the top of this sport make many hundreds of thousands of dollars a year. I don't think it is too much to ask of them to answer a couple of questions from the judges, on camera, after a race.
at March 16, 2009
Email ThisBlogThis!Share to TwitterShare to FacebookShare to Pinterest

the sport will always be treated by the general public as one where the results of certain races are arranged unless the authorities are prepared to be as open and as forensic in investigation as the financial markets. In fact, in light of recent Wall St incidents, it should be even more stringent. If the industry wants MY MONEY, they must value it and show that I am at least getting a fair run for money. Every element of doubt must be removed.

The Darlins Delight drive was a classic. I'm a fan of Gingras, but that was brutal. And for what reason? It isn't as if he hasn't used her twice before.

While Gingras' drive made me wonder, Sears' drive on Dragon Island was enough to make my blood boil being that I had bet that horse. I've always contended that I'd rather lose first over than sit in 3rd or 4th and never get free. It is especially tough to swallow when said sit in horse is a logical contender and low to medium odds.

On a better note, how about this Oscar Oscar? Ever see one go 150 and change in his debut?

Did you notice what Austrailian judges did to Mark Purdon when he finished second with Auckland Reactor? He could be suspended for a bad drive.

The problem is, the talking heads are paid by WEG and are afraid to say anything even slightly controversial. I remember about 3 to 4 years ago, Trevor Ritchie was drivibg a horse in one of the winter series that had won a division of the first leg racing near the front all the way. In the next leg, as the chalk, he dropped straight to the back and never really threatened. Mike Hamilton made mention of it after the race and showed an isolated replay that basically showed that the horse was just out for a little exercise that night. When Ritchie won the final, he was interviewed and went NUTS on Hamilton on national TV. They haven't said a peep that is even slightly controversial since. Blanchard asks the exact same questions every interview, his favorite being "Tell me, what is your horse's greatest weapon at this point?".

Leave the employees out of it then. Just have the driver interviewed by a judge and the judge reports on air the conversation. It lets the bettors know that everyone in the world did not see the most obvious thing that everyone else did, and it is not some dirty little secret.

I watch an NFL game and a bad call is shown over and over again, discussed, and the next day the refs address it. In this day and age with twitter and all the rest there is no excuse for leaving a chalk who does not pull, or whatever it may be unaddressed. We have the technology to rebuild it.

It is wild how I see in the UK some guy will get interviewed by the judges for not riding out a horse, but in NA a guy who goes to dead last with a 2-5 shot, comes late and comes third it is met with a "that's racing" answer.

I still have that audio file of Trevor going after Hamilton in Middleton. Not sure if the techs here at PTP can get it up, but if anybody wants it, I can send it.

I emailed the CTO and the tech team at PTP. They said "what in the hell is he talking about", so I took that as a no. :)

That is amazing you still have that file. I remember that incident like it was yesterday.

The logic of your argument is frightening, but you are being rather gentle.
Inherent in your arguement is the fear/possibility that a driver(s) isn't trying, or at the very least the PERCEPTION that they aren't trying.

It is interesting to point out the Eight Bells incident force the industry to deal with the PERCEPTION that the game was cruel to animals, as a result pressure from various interest groups. To this point the industry has taken a number of steps to combat the PRECEPTION, and rightfully so.

Yet the industry is reluctant to address the PRECEPTION of the HORSEPLAYER and the potential HORSEPLAYER, the industries lifeline.

Where's the logic in that?

If it was any other race then I'd agree with it, but in a heats & final series, I think the penalty is a bit harsh.

Thanks Scott, I started a topic about it and I agree.

Why not broadcast inquisitions?

IMHO. Because when it comes to excuses, the judges have "heard-it-all". And it would only be a matter of time before the public also became weary/sceptical of those same worn out explanations and felt their intelligence was being insulted.

Action/motivation based on public preconceptions (whoever misinformed)?

Are horse handlers public politicians first, or should they be faithful the interests of the animal & it's owner?