Should Racing Run Their Own Exchange? 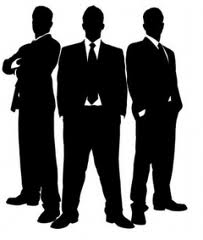 As exchange wagering becomes more and more debated in North America (we have to remember it's old hat overseas, where punters have embraced the concept in droves), one item that tends to filter the landscape seems to be, "why can't racing just run its own exchange?"

On the surface this does have appeal. The sport is controlled, Equibase, slots tracks and some corporations like CDI have a few bucks in the bank. Why not?

At the present time, it is really not that difficult to get an exchange going. With a small investment (sometimes under $100k, if you give away a slice of the commissions), the resources and the back end can be had, and it can be up and running in no time, really.

There are a number of reasons, in my opinion, why this is a futile pursuit, which would probably leave us worse off than we are today:

Too Many Fingers in the Pie

In 1908 takeout in North America was 5% and now it is over 22% blended. Whenever a faction in racing, whether it be a state, horseman group, organization or racetrack needs a dollar, they have raised takeout. Unfortunately for these racing managers, you can't raise takeout on an exchange like a pari-mutuel pool, because low pricing is a vital element of their success.

From Betfair's annual review when asked about their low takeout:

"We know that the least valuable customers to Betfair are the ones who lose all their money quickly. They go away and never come back. So, we are happy to take less off our customers per bet."

Even if racing did start at a low takeout and kept this growth pillar, once revenues were not what they wanted, the take would go higher.We'd be left with an Ebay that costs $10 in commission to sell an old comic book for $6.

Technological Advancement Will Not Be Good Enough

E*Trade, Ebay, Betfair, Facebook and many other successful web companies know one thing: If you do not invest heavily in your technology, you will get killed. Today's savvy web-consumer demands a few things - they want cool stuff, it better be good, and they want it yesterday. Betfair alone has 400 IT people on their payroll and 1500 servers in five or six countries. They are constantly on the move.

Hugh Mitchell, CEO of Western Fair and a former Woodbine executive recently said that change and innovation in racing is hard because "it's like turning around a 747 on a tennis court". On the net, companies that can not turn that jet on a dime, have their lunch eaten.

The Marketing Will Be Old-School

Betfair, since inception, has spent more in marketing than any modern gambling company in the world. They have not marketed to gamblers only, but everyone, in many languages, as exemplified in this TV commercial. Don't worry, the youtube link is not broken, it is in Bulgarian.

It Will Cannibalize Wagering

It's not a newsflash to bettors that Betfair does not cannibalize wagering when they enter a market, and this has been proven in places like Australia. The reason this has not happened is because they have targeted a win betting niche, brought in brand new younger demographic (as well as a financial trader), and attacked patrons who have long ago left racing for lower price games.

Whether racing will be able to do this with their exchange is debatable. Where will they run ads for their exchange? I bet we'd see them target Horseplayer Magazine, American Turf Monthly, at tracks themselves, and of course the old industry stand-by: On simulcast screens. They will be advertising to their existing customers, just like they always seem to do. We will not be creating new customers, we'd simply be shuffling them.

No Volume, No Exchange, No Business

The reason an exchange ticks is because of volume. Just as Ebay would fail if there were only a few sellers, so would an industry run exchange. By advertising to existing customers, charging a high price, and having no real value proposition, who exactly is going to get hooked?

Betfair has three million customers, with hundreds of millions (if not billions) in their accounts. It's ready made and it offers volume immediately to any racetrack who chooses to partner with them.

No Viral, Hard to Market

Internet exchanges or web service businesses tend to grow because they are viral. Facebook grows because people sign up, chat and tell friends. Ebay grows because someone sold an old coin for $100, they told 100 people about it and those 100 people want to join in. Online stock trading grew because people shared trading stories. Online poker grew because friends can invite friends to come play with them, and with others from all over the world.

Starting a non-viral racing exchange only markets to us, the people we already have.

Scott, over at Sportismadeforbetting.com, commented on a piece here along the above lines a year or two ago:


The simple reason why they shouldn't run their own exchange - there have been something like 40, yes 40, rivals to Betfair over the past decade. None of them have made a profit, and few remain. Those that survive are backed by stubborn men with ridiculously deep pockets, but they are still heavily in the red.

A locally-run exchange sounds like a great idea, but it will be like trying to run a city council with every citizen given an equal say - nothing will ever get done because everyone thinks they know what they are doing, but actually they don't have a clue.

Even with a monopoly, the issues that plague racing - too many cooks in the kitchen calling the shots, lack of reinvestment, lack of vision, charging too high a price for their product in a new world, and lack of customers - will probably rear their ugly head. It's why we're better off partnering.

Today's racing power structure has presided over the Internet-age for well over a decade now. Since that time, if racing simply stagnated at the rate of inflation, handle would be $20B this year. Instead it will be about $10B. A regime who lost half their business in the internet age (where they have held a legal monopoly no less), suddenly knowing how to run a new internet business successfully, is an argument I have trouble feeling very confident about.
at May 30, 2011
Email ThisBlogThis!Share to TwitterShare to FacebookShare to Pinterest

This is a brilliant article PtP. I've also been one of those who believe an industry-run exchange would be a failure, especially because I don't believe the incumbent powers are suited to run a business like this successfully (especially with the money required to hire a technical team to actually build a Betfair-level service). Too many fingers in the pie indeed.

You know IT and tech and know BF as well, so I certainly respect your opinion.

I sincerely wonder if the industry, or commentors, know what goes into it from a tech standpoint? I think in our society, where everything is new, with new versions, new phones, etc, we think it's magic, but the capital, both intellectual and human, is staggering.

As Scott mentioned, if it was easy, everyone would be doing it; and they have tried. And failed for the most part.

The first thing that came to mind, in nutshell form, was this: Is it conceivable to anyone that an industry which, to this day, has yet to resolve the straightforward and long-standing issue of (pari-mutual) odds changing during the running of races, could be capable of the rapid development and maintenance of a cutting-edge, high-tech exchange market?

Hey PTP, another fabulous blog post. Being a "newbie" when it comes to betting, (while trying to get a crash course on the terminology), I'm wondering if because we are not getting the "younger crowd" into the betting sector (the racing industry in general), are we therefore left with "old school" folks who are not computer and social network saavy? Facebook succeeded because it was tailored around a demographic that was already there, ready and waiting to pounce, who were well-versed in the social networking world.

Since reading your blog, I began to ask people if they wagered, and if so, were they knowledgable with regards to the system? Surprisingly, some said that if they were at the racetrack, they would throw down a bet, but the majority said that they found the online wagering companies intimidating, time consuming, and with all the credit card scams, a little scary. One guy even suggested "black outs" at larger events (like they do in football games) in order to get the crowds to the racetrack. Yikes! Don't know how well that would go over!