There is a ton going on in racing and it's a great time of the year, in my opinion.

Carryovers and high value/low take guaranteed pools were something that happened, but seemingly not enough of the time to get excited about. That is changing.

Calder, with their ultra-low rake pick 5 carried over yesterday. Today the pool starts with about $25,000 in it. It's time to handicap because you won't find a deal like this anywhere outside super-rebate land. The track has not been overly biased that I can see (speed seems good like usual), but there is a slight path bias to the inside I find. I have been using the inside posts if they have any go at all.

Pimlico will see my cash today as well. There is a pick 5 carry over there.

Woodbine got $81k in their pick 4 pool yesterday and it was topped up to $100k. I know harness is simply not as popular as it once was (if a pool like this was pushed a decade ago, the $100k would be simply a formality), but this is a must play for everyone each Saturday.

There is some serious buckpassing in California. At this weeks CHRB meeting again there were calls to do something with the TOC led takeout hike.

Mike Wellman, owner, liked the new players p-5 at Hollywood at 14% and .50 cents. He also pointed out that the devastating loss of 120 million at Santa Anita was mostly (80%) due to being down in the exotics where the raise in take was applied. And asked the CHRB to “rethink” the position on higher takeouts.

John Harris and David Israel on the CHRB Board said it is not our fault, the associations and the horsemen can have the take anywhere between 10% and 25%, if they ask us.

Kentucky Confidential has a twitter feed going with some always interesting inside quotes and quotables.

They are doing an excellent job at that website.

Trainer Tony Montini is back on twitter and yesterday he gave some excellent tips. He gave us info on three charges and two of them won, including a 5-1 shot Mr. Saratoga that made up a quarter of the pick 4 sequence. Key him, go a little deeper in a few legs and you have $5000 of the topped up $100k guaranteed pool. Kudos to Tony for the work on Mr. Saratoga. I watched him several times last year and he was very lame and needed time off. He is no longer lame, but full of himself. When you take the time with good horses like that, they pay you back 100X over.

I spoke with my friend who plays professionally, a lot of it on Betfair where he bets UK racing. I did not need twitter to know about Frankel's big win. He noted that when he took the lead in fast splits (something he wasn't going to do) his action in-running was not tanking in any way. Bettors were somewhat worried. He's amazed by this horse. I am too. He's a beast. 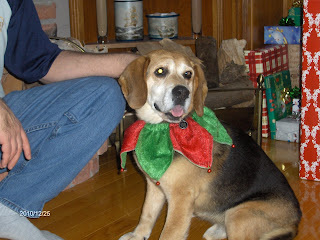 I missed the early races yesterday because I had to bring the dog to the vet. I mentioned before we got him from a shelter and he has myriad health issues. The attending vet at the shelter mentioned the ligament damage that was never taken care of when it happened, but lately he's been sore on his right front so I figured we'd take him in and get some Xrays of everything. I was horrified to get the news that at a younger age he broke his pelvis and it was never treated. The vet said "that is likely from getting hit by a car". That made me quite sad. The kindest, nicest dog I ever had who wants nothing from anyone but a meal and a warm bed, left for dead after getting hit by a car. This is why I admire horse rescues and dog rescues so much; these things happen so often and there are very few willing to help, it seems.

Sid and Lane wonder if Uncle Mo has laryngitis. Horse's tweeting is a relatively new thing. I have seen some talented horses in my day, and god knows I love the big brown things, but I am thoroughly convinced they can't type.

Real Nice has always been a real nice horse. He won last night's Levy Final, scooping up half the $495k. Is it just me, or does everyone think that a $495k final at Yonkers just does not feel right? I didn't even watch it.

Enjoy your Sunday everyone and good luck at the windows if you are carryover hunting.
at May 01, 2011
Email ThisBlogThis!Share to TwitterShare to FacebookShare to Pinterest