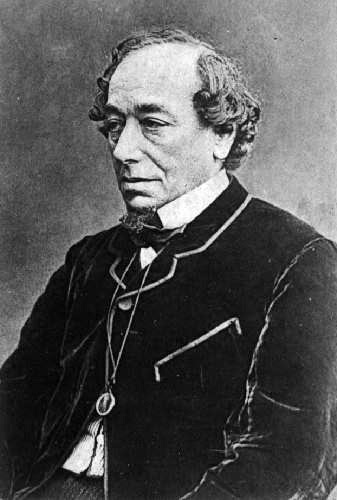 In horse racing I would bet dollars to donuts that I hear more bizarre statistics than I hear calls to the post. This is not the only sport/game where this occurs, for sure, but it is pretty prevalent. Gathering the Wind noted recently the stat that "no unraced 2 year old has ever won the Derby" (since some horse) and he correctly asked how big is the sample, how many even tried, what their odds were and so on.

Of course a two year old that is unraced would not be a likely starter for the Derby, and an unlikely winner. An unraced two year old has problems, has had time off, and very rarely would be lucky enough to be pointed to such a race. Ask any trainer what his Derby hopes are for a 2YO in the barn with a hairline fracture or growth problems - he'll say none - and it has nothing to do with his talent level. If by some chance the horse beats whatever problem he had, tears it up and looks like a contender (like Dunkirk this year), it is because he is. Dunkirk does not know he did not race in December of his 2YO year. He just knows he can run faster than anyone he has been up against so far. It's a useless statistic.

This goes on and on in racing and in the racing media.

On the eve of the NA Cup we might hear: "No son of "X" has ever won a North America Cup". I am pretty sure that no son of Twin B Champ has ever won the North America Cup and in fact, I don't think one has ever tried. But let's change this around. A son of Twin B Champ is in a NA Cup elimination. He wins the elim at 2-5 by six lengths in 146.0. Are you not going to bet him in the final because none of his offspring have ever won the race?

The "No BC juvenile winner has ever won the Derby" angle was one of my personal faves that was propagated in the press as some kind of jinx. Take any horse in October and place a line on them to win a race at a mile and a quarter in a 20 horse field seven months later. Fair odds are probably 80-1. There have been what, 25 BC Juvenile winners? If fair odds are looked at we might not see it for 50 or 100 or even 200 years and it would be a perfectly acceptable occurrence. Street Sense winning both should be considered lucky, not beating a jinx.

Brian Sears this year, and his 3rd or 4th rank in the Meadowlands driver standings has brought out some comments (and we see this with a lot of drivers and riders). Recently I saw (on a chat board) a handicapper say "boy Brian Sears is driving bad. He is not very sharp this meet." Because horses win races, drivers don't, one would rightfully assume something else must be at play for his lack of wins compared to last year - namely the stock he is driving. One quick check of the database shows that Brian has driven 60 less post time favourites this year compared to last. At his win rate with chalk of around 38%, that works out to costing him 22 wins. If he had driven the same amount of chalk for the hot barns he would arguably be ahead of last years win total. He is driving more than fine, just like he usually does. As we all know, when you are not first call on the first couple of barns you can not be the driving leader, and most of the time this is capricious. I am sure if he knew Casie Coleman would have a UTRS in the States like she has he would have been begging for the drives. Ditto a couple of other barns. If he landed those drives we would probably be reading on chat boards how hot Brian Sears is, and how he is putting on a driving clinic.

Statistics are there for us to use, but it does not mean we have to use them at face value. Dig, think, link, and look for causal relationships and we can understand them better (and be better handicappers).

If you answered the hockey commentator above (we hear that about 100 times a season) with- "What a useless stat. Of course they win more games, they are up one nothing" - you are ahead of the game. They might as well be telling us that a man with two legs has a better chance to win a foot race against a man with one.
at February 28, 2009
Email ThisBlogThis!Share to TwitterShare to FacebookShare to Pinterest

I guess that depends on how fit the two legged man is. I know of a couple one legged guys that could probably beat me by a country block!
What would be the statistic that always gives me the chalk when I have *all* in the last leg?

Ah, Murphy's Law of wagering. You have that one cornered my friend :)

I wonder what the odds would have been on June 28th that the 100k Cleveland Gold Cup winner Marble Cliff(his 4th win) would win a maiden race at Mountaineer 8 months later? The Ohio bred who wasn't officially became a winner in the 4th at Mountaineer last night. $2.60/$2.20/$2.20 galloping by a wide margin. Two questions, was Mnr management sleeping in leaving the show pools open(over a $150k on him and they pay a dime on the dollar) and what if every ADW account holder had looked on it as a way to give your balance a 10% pop? That could have hurt plenty.
RG

I saw that. Amazing stuff.

I think in WV there is a law that at slots places they have to pay out $2.20 to show. I think it is part of the deal.

I will bet against the unraced two-year old in the Derby for the rest of my life.

I'm not betting a horse ever to win the Derby without more than three prep races. Until Big Brown. :)

Seriously, it is not like you have to worry too much. Only three horses who have not raced at two since 1900 have been under ten to one to win the Derby. It is not like it is a common occurrence with massive ROI handicapping potential.